The third edition of the TPSA Adviser includes a Report from Senegal, EPA Updates for WPS and PPE, 2017 TPSA Conference Review and 2018 Conference Preview, the State Pesticide Disposal Database, and the passing of two TPSA supporters and Board Members. 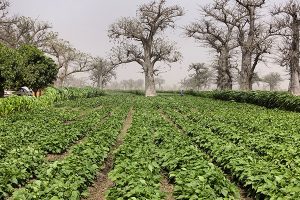 Ples Spradley, University of Arkansas Extension Pesticide Assessment Specialist and TPSA Committee Chair, spent several weeks during January and February of this year in Dakar, the capital of Senegal to share information about pesticide usage highlighting the USDA’s Good Agricultural Practices or GAP, and Good Handling Practices or GHP for production and export.

Ples was invited as part of the USAID-Funded Farmer-to-Farmer Program (F2F) based on a request made by ANIDA, Agence Nationale d’Insertione et de Developpemente Agricole, one of the largest government agencies in Senegal developed to provide extension services to young farmers. The trip was funded by Winrock International, a NGO based in Little Rock, Arkansas that also sends agricultural experts to Guinea, Nigeria, Nepal and Bangladesh.

An earlier report written by Ples, based on his F2F assignment in 2015, indicated that a negative impact on farming in Senegal was due to the limited knowledge of appropriate pesticide safety practices; limited availability of both personal protective equipment and pesticide application and calibration equipment; and a lack of enforcement on the sale of illegal and repackaged pesticides.

“Pesticide labels are written in French and carry a pictogram describing safe use and PPE,” Ples explains. 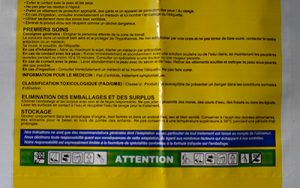 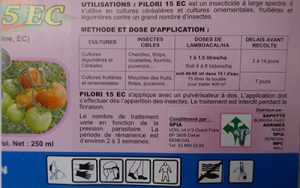 “I found that when it came to exporting vegetables, like green beans, the requirements for pre-harvest intervals (PHI) as well as PPE requirements were followed, including respirators. 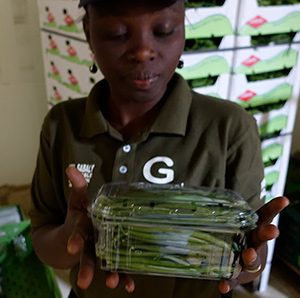 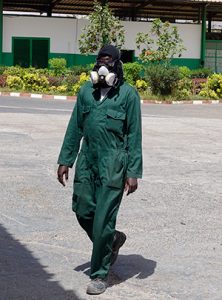 “But for local consumption, PHI and PPE recommendations were not followed as closely and some retraining was needed.”

“Repackaging pesticides has its own issues” as Ples explained. “Out of date or poorly labeled chemicals are often held in warehouses or sold in local markets, a common problem around the world that needs to be addressed. And the typical sprayer requires attention and cleaning. Applicators need help with calibration too.”

Training overall went smoothly as Ples had both Wi-Fi access and a phone signal as did all participants in his training sessions.

Several training sessions were also held outside on farms and at pesticide repackaging warehouses. 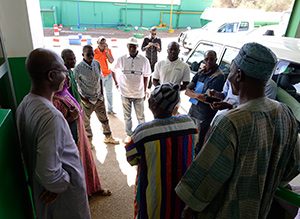 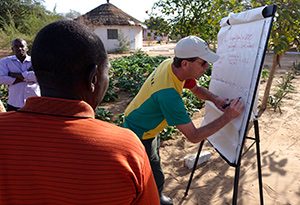 On the fun side, Ples explained there are many traditions in Senegal, but the most unusual is eating only with your right hand. “It is considered to be your clean hand. I was politely asked to switch hands several times after inadvertently using my left hand. Hey, try sitting on the floor when you’re 60 years old and not having to shift around a bit.” 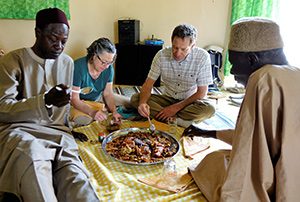 On May 15, 2017, the EPA granted a request by the National Association of State Departments of Agriculture (NASDA) to delay the implementation of all revised provisions to the Agricultural Worker Protection Standard (WPS), until necessary guidance and training have been completed. The EPA has agreed to provide sufficient time for state lead agencies to effectively implement the rule changes, and assist the regulated community with compliance activities.

Over the last two years, the TPSA annual conference has provided important information on worker safety issues including:

TPSA members involved in pesticide safety have made requests to the EPA that PPE statements on pesticide labels be clear, concise, and consistent across all labels. Labels are the primary means for communicating risk mitigation for those supervising or handling pesticide products, and TPSA views this step as an important component in applicator training and education.

The TPSA Board approved advocating pesticide label consistency, and TPSA members are taking an active role in suggesting label language revisions to the EPA, and identifying the need for updated science to support the risk assessment process as it relates to PPE. Leading this new TPSA PPE effort is Carol Black of Washington State University. Carol is the Pesticide Education Specialist, E-4 Urban IPM and Pesticide Safety Education Program Director Fellow.

TPSA awarded Carol Black the Program Innovation Award in 2016 for her support in developing a PPE Platform for TPSA Conferences. 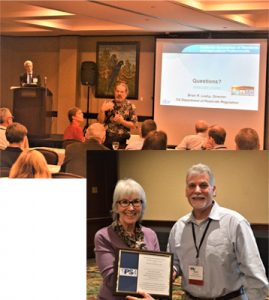 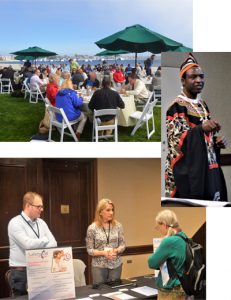 TPSA opened its 17th annual conference in San Diego at the Catamaran Resort with two keynote speakers Dr. Allan Felsot, Washington State University Professor and Extension Specialist for Entomology and Environmental Toxicology and Brian Leahy, Attorney, and Director of the California Department of Pesticide Regulation. Their focus was on improving the public’s perceptions of pesticides.

Several awards were presented at the conference. Wendy Sue Wheeler, Washington State University received the Outstanding Member Contribution Award, Garnet Cooke, Oregon Department of Consumer and Business Services was recognized for her contributions with the Program Excellence Award, and Meister Media was acknowledged with the Leadership in Product Stewardship Award.

Plan to attend the TPSA 2018 Annual Conference in Memphis, TN February 6-8, 2018. The conference will include topics on resistance management, application stewardship and regulatory controls, pesticide disposal and residue management, container and ag plastics recycling, and more. The conference provides pertinent information on current pesticide stewardship topics as well as great opportunities for networking with individuals from industry, government, education institutions, and the agricultural community.

The TPSA Membership cycle is September 1 to August 31 with four categories:
Individual $75 – Organization $200 (up to 3 individuals) – Retired $35 – Student $25.
Members also receive reduced conference fees and have the opportunity to get involved in the administrative and policy functions of TPSA through committees and projects. New for 2017, only Members and Conference attendees will have access to view Presentations made at the 2017 Conference.
For more information, visit: https://tpsalliance.org/members/member-benefits/
To complete the membership application, visit: https://tpsalliance.org/members/member-application/

“I find TPSA membership provides a valuable forum for the various groups represented. Such membership diversity fosters greater understanding of both customer and broader Ag industry challenges. It provides a collaborative platform to develop solutions and new opportunities.”

“In regard to pesticide management, the TPSA and especially its annual conference provides me a comprehensive overview. It also provides me an opportunity to increase my skills and substantive knowledge and a broader perspective which are critical components of my ability to carry out my job of serving pesticide applicators in Washington State.” 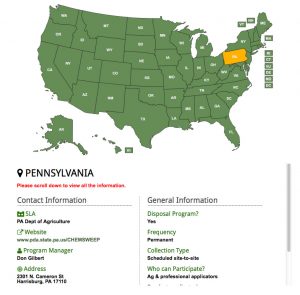 Unused pesticides that end up as pesticide waste stored on farm properties, warehouses and homes present a potential health hazard. Reducing incidents of inappropriate storage of pesticide waste has been a long term goal for TPSA. Working together with State governments, TPSA has compiled an easy-to-use interactive database of State Pesticide Disposal offices, managers and their contact information. The database is designed to promote a responsible manner for businesses and individuals to properly dispose of unusable pesticides.

This past March, TPSA lost two valuable members and supporters. 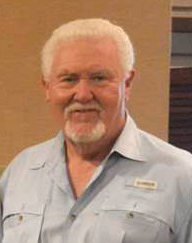 Sam Gibson suffered a heart attack on March 8th and did not recover. Sam founded USAg Recycling, Inc. in 1991 and has been a contractor for the Ag Container Recycling Council (ACRC) since its inception in 1993. Sam was not only one of the “founding fathers” of pesticide container recycling he was also one of the founders of TPSA and was serving on the Board of Directors at the time of his passing. Sam’s knowledge, friendship, and good humor will be dearly missed by all of those that had the pleasure of working with him. 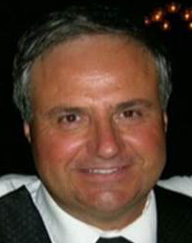 Nathan “Ed” Cranson passed away on March 21 at Northern Colorado Medical Center in Greeley, Colorado after a two and one-half year battle with lung cancer. Ed worked in agriculture his entire life, with over thirty years as an Environmental Safety Manager in the chemical fertilizer business. He had worked for JR Simplot until a year ago. Ed served as Chairman of the Board of TPSA in 2011-2012, and worked tirelessly for TPSA throughout his many years as a member. Ed always had a smile on his face; he was truly a friend of, and contributor to, agriculture and stewardship.