A close look at the Office of Indiana State Chemist with Kevin Neal and Dave Scott – and – Highlights of the 2019 TPSA Conference, February 5-7 – Savannah, Georgia 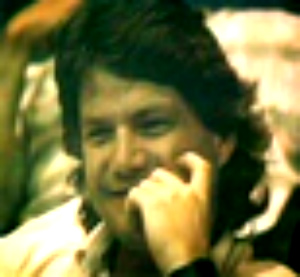 When calling Kevin Neal for this interview, he jokingly answered “Homicide”.  There’s a lot about Kevin Neal you might not know… posing as a hit man is one of them.

As Kevin explains, “While working out of Lafayette with a multi-county Drug Task Force, there was a woman from Crawfordsville, Indiana who wanted her husband killed.  Wearing a wire, I got the job posing as the hit man for hire. She was arrested on the spot.”

Another time, Kevin was called for jury duty for a drug case.  When asked by the defense if he could be impartial, he explained to the court, “Well, I know the Sergeant involved in the arrest, and I was at the scene when the defendant was arrested.”  Needless to say Kevin was excused.

Kevin’s career began out of college with the Lafayette, IN police department as a uniform officer and then as an undercover narcotics detective. 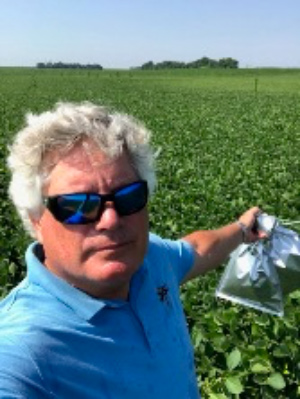 After a 12 year career in law enforcement and not home often enough when his children were young, Kevin was recruited by George Saxton at the Office of the Indiana State Chemist thinking it was a good idea to hire former or retired police investigators.  Dave Scott convinced Dr. Alan Hanks at the Office that Kevin had the tools and skill set necessary for the position. Dave claimed, “It’s easier to teach trained investigators the procedures dealing with our office’s enforcement.” After Dave explained what the position involved, Kevin felt he’d have no problem writing out fines for enforcement violations after a career in undercover narcotics.

In August 1991, Kevin began his career with the Office of Indiana State Chemist.  He realized early on that if firefighters and teachers were required to have training and be licensed, then it was important that pesticide applicators needed the same.  More importantly, he was now able to spend more time with his family and even take the opportunity to coach a girls’ high school basketball team. Coaching was a real pleasure for him and no one had any idea what he did in his current position at OISC. 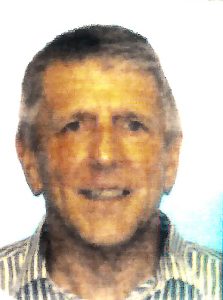 Dave Scott compared these Dicamba complaints to FMC’s Command® herbicide containing clomazone that in 1994, turned plants white.  Also with DuPont’s Imprelis™ herbicide, containing aminocyclopyrachlor, growers experienced root uptake to conifers, particularly Norway spruce and white pine.  The damage and loss to growers was overwhelming and the label was cancelled in 2017.

When asking Kevin about his recent efforts with TPSA and in particular the State Pesticide Disposal Database, Kevin gave credit to EPA’s Nancy Fitz, saying, “It was Nancy’s idea, I just helped get it done.” And he did, with a team including Dan Schweitzer, Derrick Bell, TPSA Administrator Bonnie McCarvel, former TPSA Presidents Rob Denny and Jeff Rogers, and a core committee of TPSA members involved in State pesticide disposal.  As Kevin described, “It’s simple, their database building skills were better than mine. I personally benefited from the State Pesticide Disposal Database. It was a real achievement for all involved.”

Kevin was also a catalyst for TPSA’s formal election process put into effect in 2008. As Kevin explained, that year at the Annual Conference in Asheville, NC then TPSA President Carol Black took off her President badge and handed it over to Kevin. “Kevin, you’re now President.” It didn’t take long for a former detective to figure out that proper procedures were necessary.

The TPSA Annual Conference will be February 5-7, 2019 held at the Savannah Marriott Riverfront, Savannah, Georgia, US

Plan on attending the TPSA 2019 Conference. January 12, 2019 is the Deadline for Early Conference Registration at reduced rates, and for booking hotel rooms.

Since the 2017 Conference, only TPSA Members and conference attendees will have access to Conference Presentations. The TPSA Membership cycle is September 1, 2018 to August 31, 2019 with four categories: Individual $75 – Organization $200 (up to 3 individuals) – Retired $35 – Student $25.
Members also receive reduced conference fees and have the opportunity to get involved in the administrative and policy functions of TPSA through committees and projects.