A Report on Syngenta Efforts in Puerto Rico after Hurricane Maria; and a Review of the TPSA Conference February 6-8 – Memphis Hilton, Memphis, Tennessee

The most devastating hurricane in 85 years slammed Puerto Rico on Sept. 20, 2017.  A Category 4 storm, Hurricane Maria carried sustained winds of 155 mph, and knocked out power to the entire island. The storm affected nearly every homeowner, neighborhood and many businesses, including farms owned by Syngenta in Salinas and Juan Diaz. Both farms sustained damage.

Puerto Rico also sustained damage a few weeks earlier on September 6, when Hurricane Irma hit, making this an “all hands on deck reaction,” says David Flakne, Syngenta’s Senior Director of State Affairs. Syngenta has 50 full time employees on their farms. “With communication efforts challenged, it took almost a full week to account for all of our employees, three of whom lost their homes,” describes Flakne. “Our fears and frustrations were mounting.” 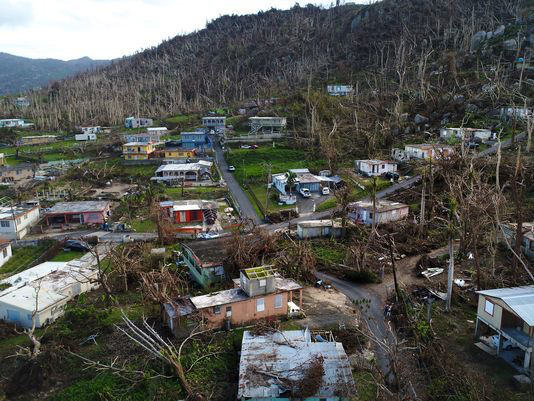 This followed with senior management at Syngenta identifying the need to communicate person-to-person and to insure their staff in Puerto Rico were not only safe but salaries were paid and employees had the resources needed to care for their families. “We started by airlifting generators and satellite phones to our employees and their families.”

As more news came in concerning the extent of the devastation, “we decided as a company we needed to help,” explains Flakne. Syngenta started by linking up with the Food Bank of Puerto Rico.

Flying in Supplies and Partnering with Campbell Soup Company

After securing and financing the services of a 747 Cargo jet, Syngenta reached out to partners in the food industry. “The Campbell Soup Company responded within hours and provided 80,000 pounds of baby food and V8 juices. Their generous contribution added to the supplies that were included in the 747 Cargo delivery,” according to Flakne. “In total we coordinated the delivery of well over 200,000 pounds of food supplies, water and household goods to Puerto Rico.”

By losing their floral resources, honey bee populations were also devastated by Hurricane Maria. “Bees could be seen swarming trash cans and soda cans all over the island trying to find any form of sugar or worthwhile vegetation. Syngenta felt the need to respond,” explains Flakne. “We included several pallets of protein paddies on the airlift to help the beekeepers manage their hive and to sustain their honey bee populations until floral resources could recover.

Supporting Food Drives through The Food Bank of Puerto Rico.

Syngenta appropriated an additional $200,000 of funding to support food drives on the south side of the island. This contribution will allow Syngenta to support the communities and the many families which support agricultural operations concentrated in the south side of the island. The industry also works with and through the Puerto Rico Agricultural Biotechnology Industry Association. Also known as PRABIA, this association hosts many agronomy-based education fairs and has continued to support the industry in our efforts to advocate for the needs of the industry and the supporting our disaster relief efforts.

Efforts by other Seed Companies

According to Dave Flakne the statistics are still troubling.

Plan on attending the TPSA 2018 Conference. January 12, 2018 is the Deadline for Early Conference Registration at reduced rates, and for booking hotel rooms.

Presenters for the 2018 Conference include:

Since last year’s 2017 Conference, only TPSA members and conference attendees will have access to Conference Presentations. The TPSA Membership cycle is September 1, 2017 to August 31, 2018 with four categories: Individual $75 – Organization $200 (up to 3 individuals) – Retired $35 – Student $25.
Members also receive reduced conference fees and have the opportunity to get involved in the administrative and policy functions of TPSA through committees and projects.